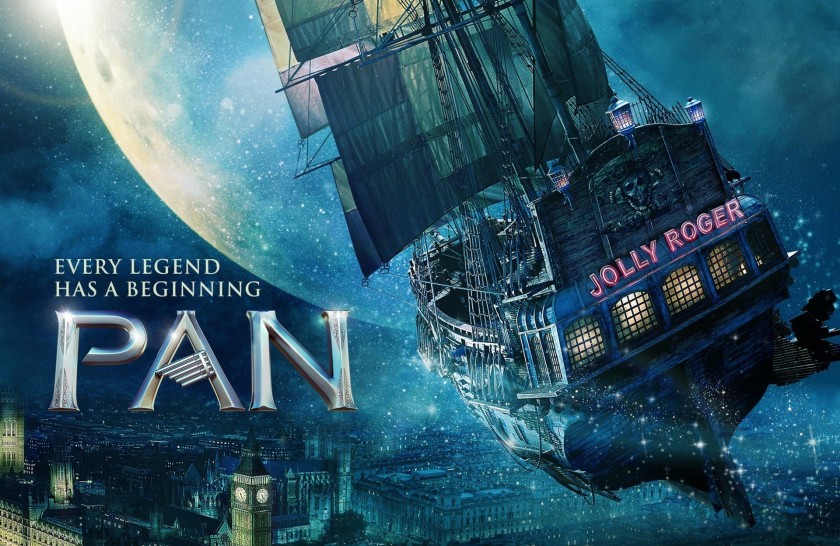 On Sunday, Emma and I took the car into Belfast, on a very quiet and bright morning and went to see Pan, the movie released last year.

Emma knew of Peter Pan, of course and had watched the classic version of the film several times but you can never beat a Disney movie!

We had booked our tickets online via the Odeon Kids’ Cinema and paid £3.00 for both of us, so it was an extra bonus realising that we were the only ones watching Pan, as we got to sit in the comfy seats and chatted to our hearts’ desire, without disturbing anyone.

Emma was engrossed from the word go and although she found some elements spooky, like the pirates kidnapping the boys from their orphanage dormitory at night and of course, cruel Mother Barnabas, she thoroughly enjoyed it and spoke about it for the rest of the day.

What did I come away with myself, as a bereaved mother?

I picked some golden nuggets that continued to simmer in my head over the weekend and came to some very interesting conclusions.

First of all, Blackbeard and his Utopian kindgom, built on the intense labour of thousands of boys and grown up men, made me question our fear of dying.

Bleackbeard, just like the wicked witch in Rapunzel, is obsessed with staying young and stops at nothing in his pursuit of eternity.

Child labour. Manipulation of ideologies and promotion of a fake “free” land in exchange for personal gain. Abuse of power, control and killing of anyone who shows noncompliance.

Blackbeard does it all and more.

Because he is afraid of what lies beyond the grave. As simple as that.

In complete contrast, the native population of the island he had decimated systematically, has another view of life. When faced with death, the wise old man of the village proclaims it as “the biggest adventure yet.”

I am not writing this to encourage or promote suicidal thoughts. I am writing this because it has dawned on me, on Sunday, while watching a kids’ movie with my daughter , that I have had this wrong all along.

Death is not to be feared. Death is never the end but the mere beginning of the biggest Beyond adventure.

Yes, I still fear the pain of leaving or seeing a loved one dying. I now know very well the devastating impact the separation has upon the ones left behind.

And in the same thought thread, I also know why God never intervenes to “save” us from Death.

I understood this clearly last night, while I was modeling clay and painstakingly creating visual reminders of my grief journey in the Belfast Children’s Hospice.

The pleasure for God has always been in creating, in giving breath. That is His ultimate talent and life is to be seen simplistically, if you choose, as a gift.

Death, in the same consequential pattern, is part of the process. What is born must die. What had breath must cease existing one day. Laws of life.

Our calling, if you want to see it as such, is to accept both aspects.

So stop praying. Stop begging. Stop tormenting yourself with thoughts of death as punishment.

Instead, just choose to live fully and beautifully what was given to you. No matter how long or short your journey will be, make the most of it by simply being in it, consciously and intensely.

As for me, I dream of a boy with light hair and blue eyes who, just like Peter Pan, is proud to be “his mother’s son” and whom I will meet again one day, with plenty of tales of life well lived. Because his death has opened my eyes to life.